Many people’s first step in creating a home defense strategy is to go out and buy a gun, even though there are many other factors to consider. Though this is a significant development, the strategy is not complete at this point. Buying a gun is generally people’s first move to secure their homes.

There are several weapons to consider for home defense. Your decision will determine by your available resources, skill level, and defense requirements. Rifles, shotguns, and pistols are the 3 primary gun categories available to you, regardless of your needs. Each has its advantages and disadvantages, but with a little study, you can determine which one is best for you.

Pistols have a wide range of uses as weapons of self-defense. They can be hidden easily and are swift in their flexibility. Shotguns can’t compete with their capacity, and the smaller pistol-size bullets reduce the risk of over-penetration and shock when fired inside.

However, compared to larger weapons like shotguns and rifles, pistols aren’t very effective in stopping human beings in their tracks. Consider 9mm, 45 ACP, or even 40 S&W if you want to use a pistol for self-defense. Even with these calibers, killing an enemy may take three or four shots.

It’s not uncommon for a single shot to discourage an invader. Unfortunately, you can’t rely on it. If you plan on using a pistol for self-defense, you should practice firing it accurately and quickly so that you can respond to threats as they arise.

A pistol is your best bet for personal protection when you have a small living space and paper-thin walls. Such conditions allow rifle bullets to pass through many barriers, and Shotguns limit the danger of overpenetration. Okay, but even that isn’t ideal in the confined spaces of an urban flat or house with paper-thin walls.

Most states require shotguns to have 18-inch barrels, making handling such a lengthy weapon difficult. A pistol is ideal for home defense in such a case, ideally with hollow-point bullets.

Furthermore, a pistol is an excellent choice for self-defense in locations like California, where gun rules for advanced assault weapons might be pretty strict.

A full-sized pistol is a way for maximum control and magazine capacity in a home defense situation. Furthermore, ensure that the size is enough for self-defense. The Walther P22, Beretta M9, Glock 17, 21, 19, 43, and Sig P320 are all fantastic choices for concealed carry pistols for home protection.

Likewise, shotguns are often used for personal protection, providing excellent stopping power and less over-penetration risk. Of course, the kind of ammunition you use has a considerable effect.

If you reside in a place with thin walls, you may want to use birdshot or buckshot instead of slugs to avoid over-penetration. While buckshot may over-penetrate on rare occasions, this is unlikely due to the slower pellet speed.

One further plus of utilizing a shotgun is how simple it is to aim. Due to the pellets’ dispersing tendency, there is a better chance of striking at your target, even if you miss by a little margin. Furthermore, you may use a shotgun to kill an attacker with a single blast.

Shotguns have the disadvantage of being bulky weapons, and a shotgun with an 18-inch barrel might be hard to use. Unless you’re wearing hearing protection, the blast from a 12 gauge shotgun fired inside can significantly damage your hearing and likely leave you with a ringing sensation in your ears.

Short-barreled shotguns may be somewhat less challenging in certain areas, but this does not mean they are any less expensive or difficult to obtain.

Consequently, a shotgun may be handy if you live in the countryside, where your house isn’t as crowded as an apartment, and you don’t need to worry about moving quickly and easily. You may choose between pump action shotguns, tube-fed semi-automatics, and magazine-fed semi-automatics if you need a shotgun for home protection.

A Remington 870 pump action is excellent if you’re trying to save money. But, if you have the money, the Benelli M4 tactical shotgun is the way to go. Moreover, you can’t go wrong with either the Mossberg 590 or the Beretta 1301.

While many believe a rifle is excessive for home protection, there are times when it is the best option.

Using a rifle for home defense has many benefits, including increased stopping power, range, and precision. The look of a rifle alone is enough to scare attackers. A psychological reason for this makes rifles far scarier than pistols or shotguns.

There’s also the fact that a rifle may be the ideal option depending on the circumstances. A rifle’s long-range capabilities are beneficial when one must cover large areas of land, such as on a farm or ranch. Also, live in a state with lighter gun control regulations. You may get your hands on high capacity and considerable stopping power with assault rifles like the AR-15.

Rifles have the potential for over-penetration, which is a severe issue. Therefore, we recommend a lower caliber, such as a 5.56. Shooting at home, while your family is present, with a gun of a larger caliber may be noisy and overpowering.

The AR-15 is almost unmatched by other guns in its class. Though it packs a lot of punch, the 5.56 is still relatively tiny compared to other rifle cartridges. It’s simple to use and has a respectable range in an AR-15 configuration.

You should also consider the weapon’s legality before deciding on home defense. It should come as no surprise that gun restrictions vary from state to state. The state in which you live may significantly impact the kind of weapon you may legally purchase for personal protection.

Every state has standards for everything from concealed carry licenses to buying restrictions to the validity of using your gun for self-defense. It’s essential to go over a few critical aspects since gun regulations are as different as the guns and states.

It is solely up to the person to act as a law-abiding gun owner who obeys all applicable regulations. You are responsible for researching and understanding the rules concerning guns in your area.

You have the ethical and legal duty to take measures to protect yourself and the people around you. Every year, people use guns for self-defense, yet, you might get severely punished if you don’t know your rights. Including legal protections in your home defense strategy is a brilliant idea.

Remember that proficiency with your chosen weapon is much more significant than the weapon itself. A handgun is a dangerous tool that requires training and practice before one can use it safely. Even if you have the world’s best home defense weapon, you will be useless for yourself and your family if you are not proficient in its use during a crisis.

An attack on your house by criminals with violent intentions is a very stressful situation. Instead of rising to the challenge, we tend to return to our level of competence in times of crisis. The response will be similarly weak if the necessary training is not provided.

When planning to use a gun in self-defense, it is essential to consider the immediate and long-term consequences. If you want to ensure your rights do not accidentally violate, you need to learn what to expect when the cops show up. Even worse, if you’re not ready for the police encounter, it might result in your arrest.

Also, it’s crucial to think about how this may affect your loved ones emotionally. An effective home defense strategy will reduce exposure and minimize long-term effects, but there may still be problems.

A home defense strategy is as crucial as insurance and fire drills. By spending time in advance researching and deciding on a home defense weapon, you’ll be able to react quickly and effectively in the event of an attack. Planning before tragedy reduces bad performance under pressure. 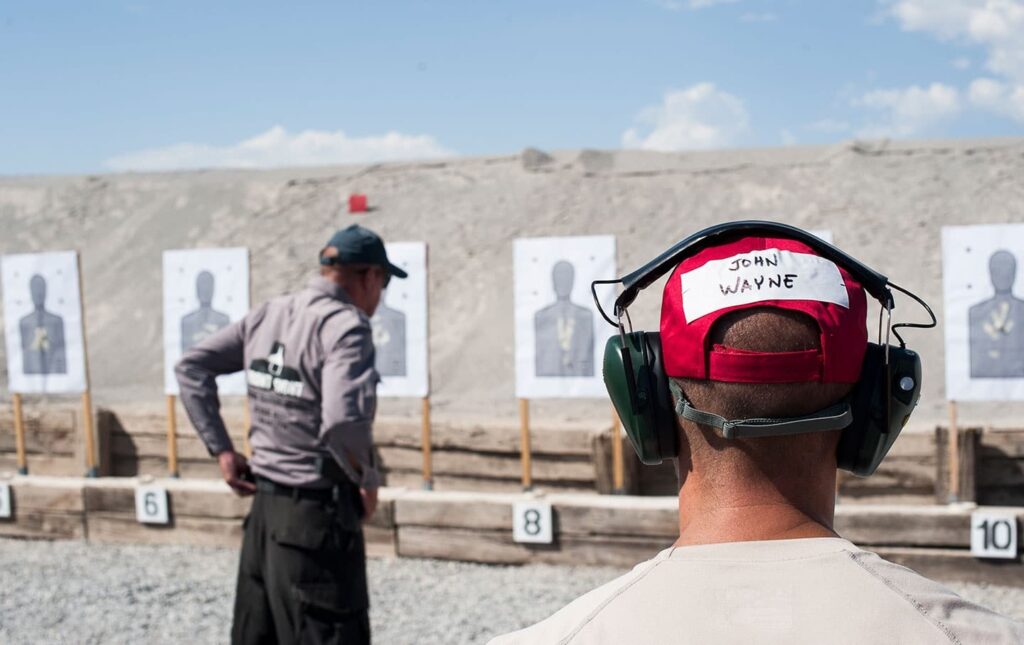 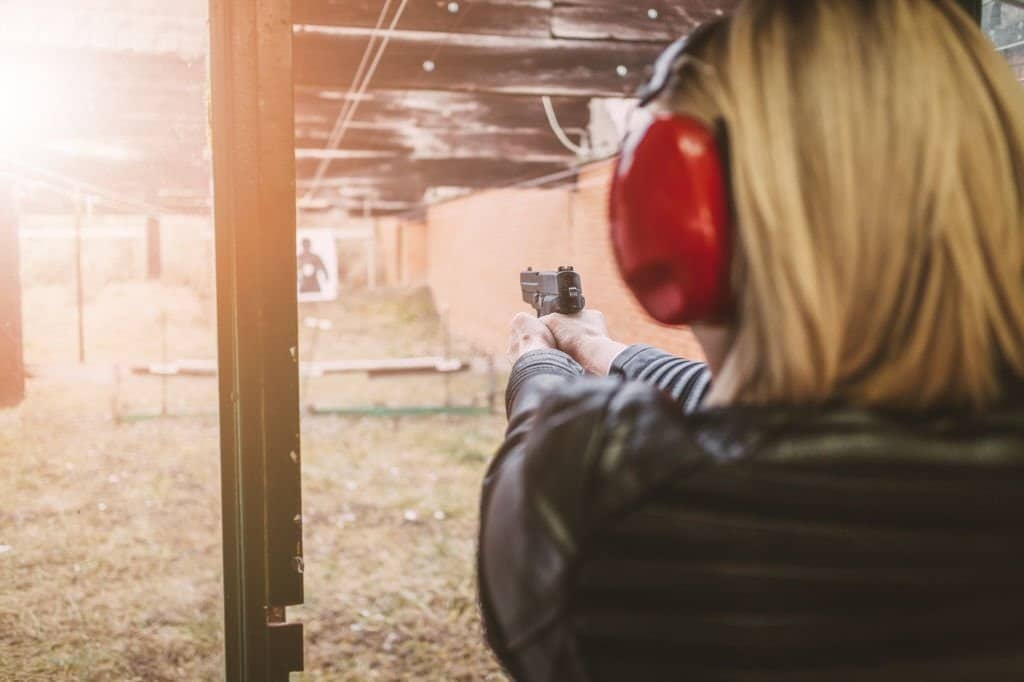